Laura Aston, SUU student of Biology, is conducting research on the Ringtail Cat (Bassariscus astutus) for the purpose of gaining more knowledge of Ringtail population relatedness within Southern Utah's populations. All other studies published on the Ringtail Cat are of populations outside of Utah, therefore this research is somewhat stand-alone in nature. With the help of Dr. Nicki Frey and Dr. Laurie Mauger as mentors for the project, Laura Aston completed this study, and is currently seeking publication of the work in a journal: BIOS.

DNA sampling was performed via QIAamp Fast DNA Stool Kit, and amplified via PCR reaction before being visualized on 10% agarose gel (see second photo below). All samples were numbered and frozen for preservation between PCR reaction times. The DNA was tested with 9 microsatellite primers before being sent for genotyping (see 5th photo below). Finally, statistical analyses for relatedness was estimated on GenAlEx 6.5. Fst, Fis, and gene diversities were estimated on FSTAT 2.9.3.1. HWE was estimated on Genepop in the Web.

The data collected shows that the Ringtail Cats in both Bryce and Zion National Parks are in good health considering their level of inbreeding. The statistical analyses revealed that the populations of Southern Utah tested have a high level of diversity, and thus are not of concern for threatened or endangered species lists.

Future studies would do well to investigate the incidence of twinning, population count, and other fitness tests not conducted within this study. Because of the type of sampling taken (fecal samples), some data was unable to be obtained, therefore sample collection and preservation are imperative for future epigenetic studies into Ringtails.

Photos taken throughout our Genetics Research 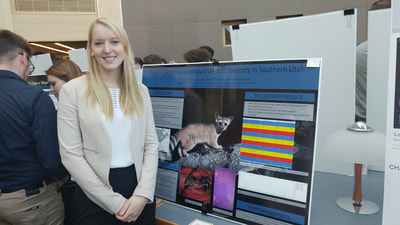 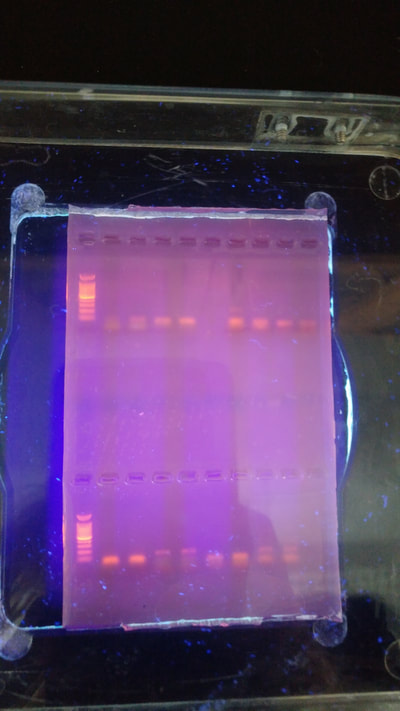 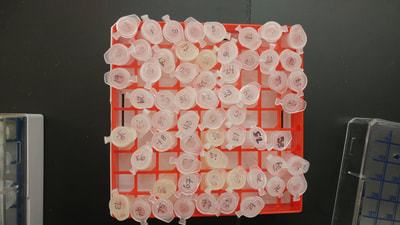 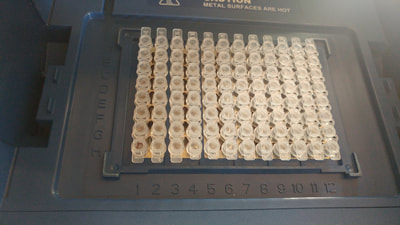 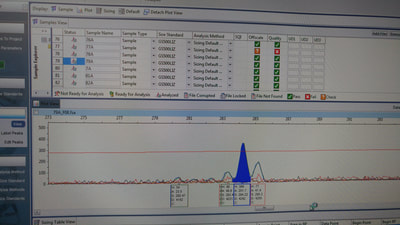 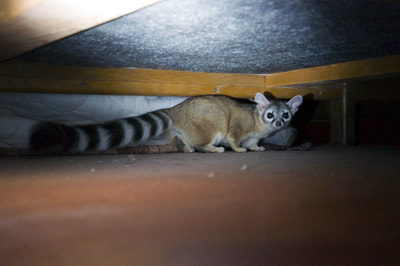